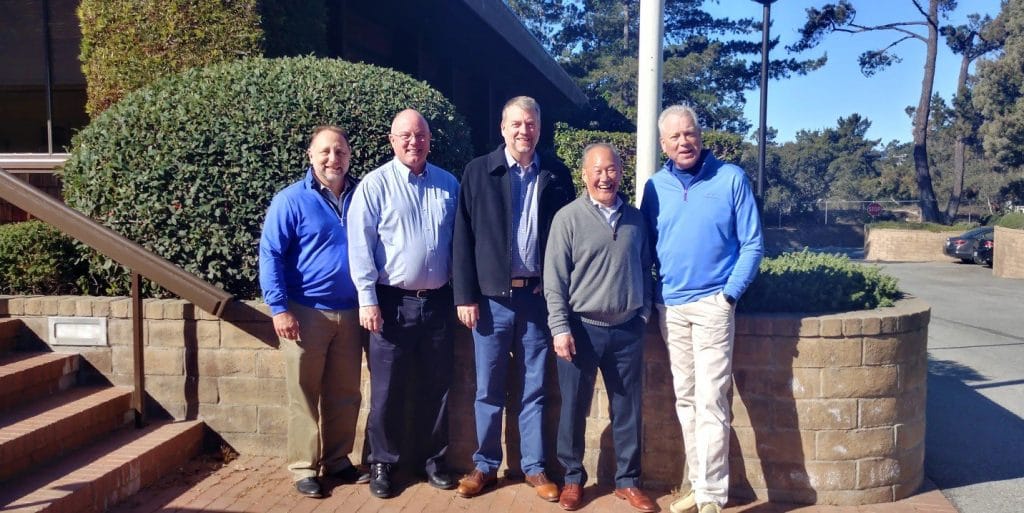 MONTEREY, Calif.  (March 1, 2018) – Capital Insurance Group® (CIG), the leading regional property and casualty insurer serving the Western United States, is proud to announce their 2017 Agency of the Year: George Petersen Insurance Agency. The award recognizes excellence in overall company support, stewardship and commitment to their local community.
“As a regional insurance carrier, our agent partners are critical to our mission, and we look forward to giving this recognition every year,” said Arne Chatterton, President and CEO of Capital Insurance Group. “In 2017, the California wildfires made for a very difficult time for those of us in the industry, and for our policyholders who suffered tragic losses. During that period we were proud to be represented by George Petersen, an agency that demonstrated unwavering support and commitment to their community during such a devastating time. From setting up a temporary claims office for us in Santa Rosa, to housing one of our own displaced employees, George Petersen went above and beyond their call of duty: to protect and restore our policyholders’ way of life. If that doesn’t warrant Agency of the Year, I don’t know what does.”
As one of the largest independently owned agencies in Northern California, George Petersen Insurance Agency has delivered exceptional service to clients for over 80 years. In October of 2017, the Santa Rosa-based agency took on the brunt of the wildfires. In the days following the fires, agents were back to work for their policyholders, working non-stop to assist those affected by the fires. From hosting daily lunches for fire victims, to housing displayed community members, their service went above and beyond insurance claims.
“We are humbled to be named CIG’s Agency of the Year,” said George Petersen Partner Bob Teshima. “As a regional agency, we do business with several companies, but we never forget our friends at CIG. Our agency would not be where we are today without CIG. We are extremely grateful for their friendship, collaboration, advocacy and support over these last four decades, especially during last year’s devastating wildfires. CIG was right there with us, standing shoulder-to-shoulder, braving the aftermath and supporting our team every step of the way.”